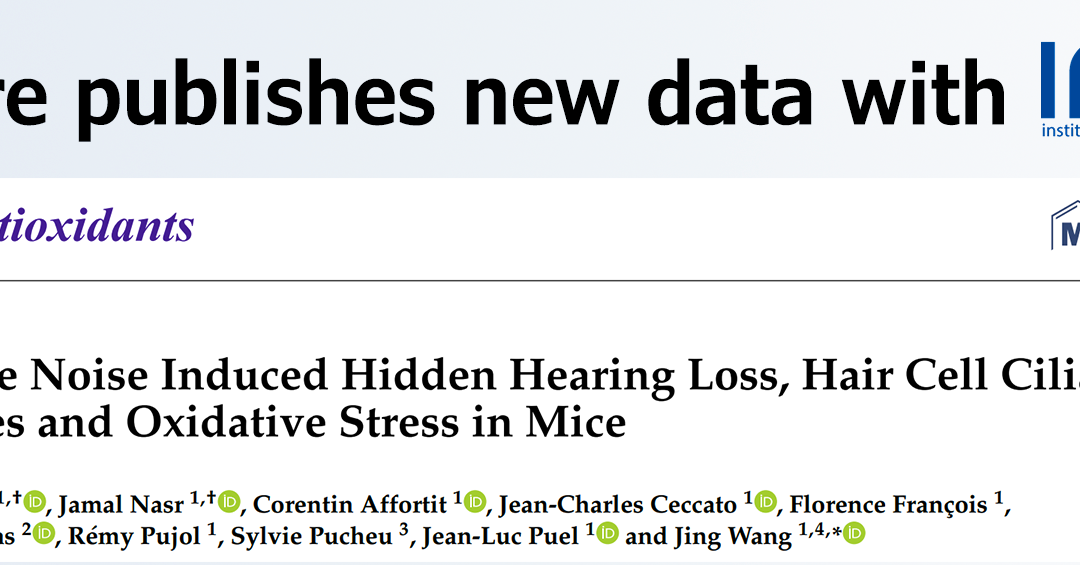 The work has been done in collaboration with the Institute for Neurosciences (INM) of Montpellier.

Recent studies demonstrated that reversible continuous noise exposure may induce a temporary threshold shift (TTS) with a permanent degeneration of auditory nerve fibers, although hair cells remain intact. To probe the impact of TTS-inducing impulse noise exposure on hearing, CBA/J Mice were exposed to noise impulses with peak pressures of 145 dB SPL. We found that 30 min after exposure, the noise caused a mean elevation of ABR thresholds of ~30 dB and a reduction in DPOAE amplitude. Four weeks later, ABR thresholds and DPOAE amplitude were back to normal in the higher frequency region (8–32 kHz). At lower frequencies, a small degree of PTS remained. Morphological evaluations revealed a disturbance of the stereociliary bundle of outer hair cells, mainly located in the apical regions. On the other hand, the reduced suprathreshold ABR amplitudes remained until 4 weeks later. A loss of synapse numbers was observed 24 h after exposure, with full recovery two weeks later. Transmission electron microscopy revealed morphological changes at the ribbon synapses by two weeks post exposure. In addition, increased levels of oxidative stress were observed immediately after exposure, and maintained for a further 2 weeks. These results clarify the pathology underlying impulse noise-induced sensory dysfunction, and suggest possible links between impulse-noise injury, cochlear cell morphology, metabolic changes, and hidden hearing loss.

Discover the full article on this link by clicking here